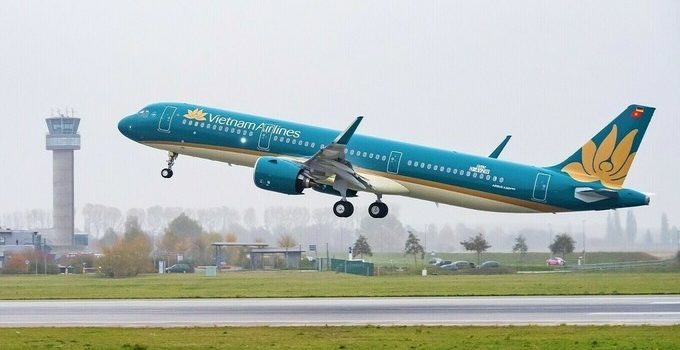 Vietnamese carriers will increase its flight frequency to Da Nang from Hanoi and HCMC starting Friday given the country’s Covid-19 situation improving.

From Friday until September 15, national carrier Vietnam Airlines will operate two daily round trips from Hanoi and three from HCMC to Da Nang City, the epicenter of the country’s second Covid-19 outbreak wave and a popular tourism hotspot in central Vietnam.

Starting September 16 until the end of the month, its daily round trips from Hanoi to Da Nang will increase to four a day and from HCMC to five.

The flight schedule for October will be announced later depending on the pandemic situation, Vietnam Airlines said in a statement.

From Monday until Thursday, Vietnam Airlines operated one round trip flight a day from Hanoi and HCMC to Da Nang after the Transport Ministry allowed the resumption of public transport services to and from the city from Monday onwards.

Vietjet Air and Bamboo Airways will also increase the frequency of round trip flights to Da Nang to two a day from Friday instead of one as previous days.

The airlines will still require social distancing on aircraft to limit the risk of infection and for passengers to wear face masks for the entire duration of the flight. All crew members and technicians will wear protective equipment.

The city has also agreed to reopen its public beaches and allow restaurants and eateries to offer eat-in services from Friday. The popular tourism hub has a coastline of 30 km and is home to many of Vietnam’s most beautiful beaches like My Khe, Non Nuoc, and Nam O.

Before the second outbreak of the virus began in Da Nang on July 25, after the country’s 99-day streak of no community transmission, there were 20 flights a day from Hanoi and HCMC to the central city.

Da Nang eased its social distancing measures from September 5 but has kept its ban on “non-essential services” like karaoke parlors, bars and dance clubs.